A good-hearted miscreant living on the streets of Muluk. Occasionally puts on puppet shows.

Feat: Mobile- Increase movement by 10, no difficult terrain penalty when dashing, don’t provoke attacks of opportunity from foes after making a melee attack against them.

Lucky – When you roll a 1 on the d20 for an attack roll, ability check, or saving throw, you can reroll the die and must use the new roll.

Brave- You have advantage on saving throws against being frightened.

Halfling Nimbleness- You can move through the space of any creature that is of a size larger than yours.

Naturally Stealthy- You can attempt to hide even when you are obscured only by a creature that is at least one size larger than you.

Expertise- Your proficiency is doubled for all Sleight of Hand and Performance ability checks.

Thieves Cant- You’ve learned thieves’ cannt, a secret mix of dialect, jargon, and code that allows you to hide messages in a seemingly normal conversation. Only another creature that knows thieves’ cant understands such messages. It takes four times longer to convey such a message than it does to speak the same idea plainly. In addition, you understand a set of secret signs and symbols used to convey short, simplemessages, such as whether an area is dangerous or the territory of a thieves’ guild, whether loot is nearby, or whether the people in an area are easy marks or will provide a safe house for thieves on the run.

Cunning Action- You can take a bonus action on each of your turns in combat. This action can be used only to take the Dash, Disengage, or Hide action.

Mage Hand Legerdemain- When you cast your mage hand, you can make it invisible, and you can perform the following additional tasks with it: -You can stow or retrieve one object from a container worn or carried by another creature / -you can use thieves’ tools to pick locks and disarm traps at range. You can perform one of these tasks without being noticed by a creature if you succeed on a Dexterity (Sleight of Hand) check contested by the creature’s Wisdom (Perception) check. In addition, you can use the bonus action granted by your Cunning Action to control the hand.

Feature: By Popular Demand- You can always find a place to perform, usually in an inn or tavern but possible with a circus, at a theater, or even in a noble’s court. At such a place, you receive free lodging and food of a modest or comfortable standard, as long as you perform each night. In addition, your performance makes you something of a local figure. When strangers recognize you in a town where you have performed, they typically take a liking to you.

Personality Trait- 4) Nobody can stay angry at me or around me for long, since I can defuse any amount of tension.

Ideal- 5) People. I like seeing the smiles on people’s faces when I perform. That’s all that matters. (Neutral)

Bond- 2) Somebody stole my precious instrument (my voice), and someday I’ll get it back.

Flaw- 6) Despite my best efforts, I am unreliable to my friends. 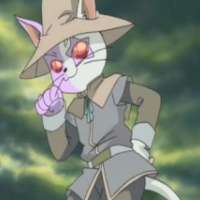