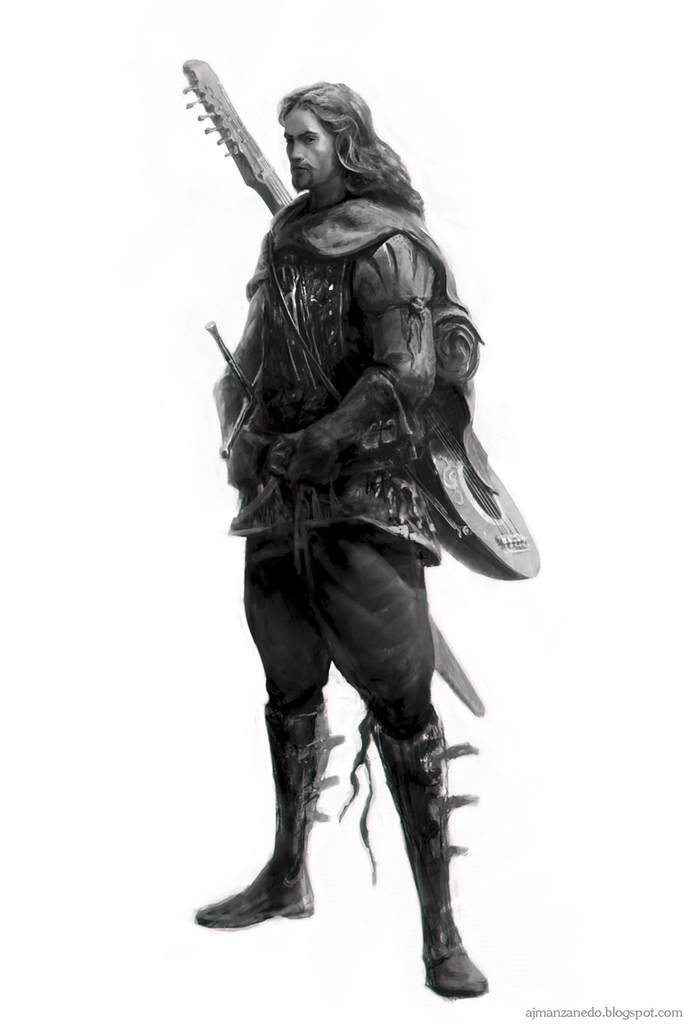 Windharrow. The name of an individual I have heard Allegro talk much about, and always in a context of hatred and vengeance. Allegro spoke of Windharrow inflicting some great pain on him in the past, that he stole something of great import, and that he would not rest till he recovered what was taken and killed Windharrow.

Not being from the outside world, I was not familiar with Windharrow, but according to Biggle, he was world renowned for his musical talents. A spectacular performer who wowed audiences of elite and common alike. I thought Biggle’s opinion of Windharrow a direct contrast to Allegro’s. Thus I was completely surprised when upon the group finally meeting Windharrow and his troupe, both Allegro and Biggle asked for his death.

We found Windharrow in the hidden subterranean ruins of a Dwarven city that was part of Tyar-Besil, which we were told by Lord Daylon were being utilized by the inner circle of the Feathergale Society. The area was guarded by individuals that did not tolerate visitors and after defeating some majick-using sentries and braving a hail of arrows through the kill zone of an ancient Dwarven gatehouse, we entered the city proper. Thus far in our exploration, only Windharrow and his troupe were the only beings that we have encountered that were open to communication. That was until first Allegro and then Biggle attacked him.

Windharrow seemed open to conversation, and he was certainly pleasant and charming, not the monster that Allegro made him out to be. Before Biggle initiated his attack, Windharrow actually told us that the Dwarven city was now the domain of an elven queen named Aerisi, who had hired Windharrow for an upcoming gala. Windharrow even offered to ask the queen to allow us passage to explore her realm. Windharrow seemed nice enough, even helpful, and I was taken back when Biggle suddenly unleashed majick in an attempt to enthrall Windharrow and his troupe following a curious conversation about Windharrow’s dulcimer.

Windharrow and his troupe showed they were capable both at song and music, and they put up quite a fight. Our party found itself rocked by magical spells that shattered stone and eardrums alike, hurled from the bards’ instruments. Only Windharrow escaped via majick, leaving his fellows to die by our hands. Thinking back, I’m still not sure what happened, and I’m not sure why things escalated to violence so quickly by some of my companions. Regardless, I’m sure Windharrow has warned the Queen of our presence, and hostile tendencies, and have no doubt that she will send forces to kill or capture us.