I am not actually sure what is going on here in this ancient Dwarven city that is said to now be the domain of an Elven queen named Aerisi. Following our battle with Windharrow and his troupe, we continued our exploration, wary of a coming conflict as we were sure that Windharrow would warn others of our presence. We fought more Kenku (a race of bird-like humanoids) guards, some of which were accompanied by a robed individual demanding our surrender. We had no intention of doing so, especially after Allegro reported seeing a roomful of what he believed were enslaved commoners that were being forced to turn a massive crank of unknown purpose.

Our foray into this hidden domain had only given us more questions than answers and with the area on high alert from our intrusion, and our party wounded and ill-prepared to continue our explorations in a hostile environment, it was decided to return to the surface and make our rendezvous with Lord Daylon near the farm on the end of the Signing Valley.

We made it back without incident just ahead of a tempest that I have only seen the likes of once before since my time on the surface. Luckily this time we did not have to weather the storm in the open but were relieved to be provided shelter by the halfling family farm owners who Lord Daylon compensated for their hospitality.

As the storm battered the homestead, we discussed our next course of action. Allegro and Biggle were consumed by their rage of Windharrow’s existence and offered little help in what to do next. There was concern about these captives that Allegro reported, and it was brought up that these individuals would offer the very proof we needed to confront Commander Merroska with and convince those not in the Feathergale Society’s inner circle that there was evil in their ranks. A rescue attempt of these captives seemed our best option.

In the morn, we slogged through the wind and rain swept Valley back to the hidden entrance to the Dwarven city. Aszh again proved his expertise at navigating a path to the entrance, picking what was probably the least wet route available. The only incident of note on this trip was a group of ghouls that ambushed us near the river but they were quickly dealt with, with only one of their number escaping our wrath.

Familiar with what lay ahead, we proceeded down the tunnel towards the city overlook, sending Aszh 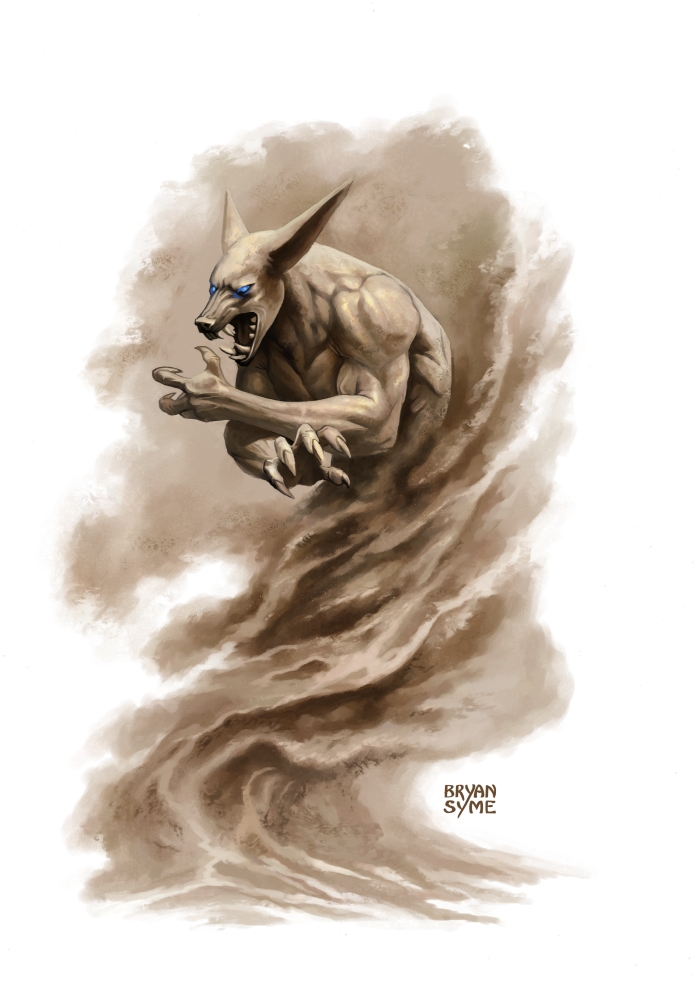 to investigate the beacon-like cairn that marked the spot where we were challenged by sentries. No sentries were apparent and we were literally taken by surprised when canine-like elemental creatures emerged from the ground and attacked. These creatures focused their attacks on Enna and Allegro and the rest of us did what we could to intercept them. Their composition of earth and air allowed them to use the terrain to their advantage, and their control of the elements proved dangerous when they conjured cyclones of wind-tossed rocks to protect their forms. Our teamwork and abilities provided victory and we banished the creatures back to their native plane. I ask Gorm for his continued protection and guidance in our endeavor.