I pen these words on the morning following a day of near catastrophe. Our party was nearly vanquished and Dovak would have been lost to the living if it was not for the blessed intervention of Gorm. I find myself both shaken, thinking back on what had transpired, and in wonder over what I saw yesterday and the freshly fallen snow that now covers the ground. I have never seen or felt snow until this moment. Aszh says that it is still too warm for it to last past noon, but in a few tendays I shall have plenty of snow, so much that I will be tired of it.

Dovak seems physically and mentally fine, ever brooding is his nature and it is difficult to tell when he is actually distressed past his regular mood. I know of no other who has been brought back from death so many times by Gorm’s will- surely Gorm sees something of worth in the Dwarf to grant his continued existence. I do sense something underneath Dovak’s stoic and dutiful mannerisms, which I believe has something to do with whatever caused him to leave his home of Thunderdelve Mountain. Perhaps in time, I will learn of what happened and be able to help him.

The giants we had fought, and almost lost our lives to, if not for Gariena’s help and the divine might of Gorm, were stronger than we had originally anticipated. Incredibly strong and with the ability to breath fire, all of us but Enna (who retreated to safety), quickly fell to their counterattack. Luckily for us, Gariena and her sprites were able to rescue us before the giants returned from their search for Enna.

We recovered in Gariena’s camp, Enna reuniting with us a short time later. Gariena explained that she was investigating the giant problem in the Desarrin Valley. She confirmed what we heard in Beliard, that giants of all types were ravaging all over the world for unknown reasons. Many people have been killed and several communities have been devastated. Seeing that the Valley was also plagued by this threat, she intends to travel to Golden Fields to petition the Druids there for aid. Tobias appears to be quite taken by our Druid rescuer and they both appear to enjoy each other’s company.

Of course we could not allow the giants who had defeated us to roam free in the Valley to continue their path of destruction, so after healing the majority of our wounds, we pursued them with the intent of having a re-match, one we were better prepared for. We easily found them feasting on the horses from the caravan they had attacked previously and we set an ambush for them.

Despite taking them by surprise, this battle was just as challenging as the last. Aszh, Enna and I had not yet recovered most of our majicks and our wounds were not wholly healed. As my companions became incapacitated one by one I knew that we needed aid and I called to Gorm for help. I have been in his service since my youth and never have I beseeched him for aid like I did then. I did not take the decision for making this plea lightly as I knew there could be consequences for calling out to Gorm as he expects his servants to be competent and resourceful with his blessings.

Suffice to say my lifetime of faith and servitude to Gorm was total and Gorm saw this and blessed me with the aid of his most powerful of servitors- a Serph. Prior to this I had never seen one, only heard stories and seen the few remaining works of art in the Temple of Gorm with its likeness, but none of these truly captured the majesty of justice incarnate. It appeared in our midst, our minds filled with calming words of righteousness. The giants felt the Serph’s just wrath and all was good. 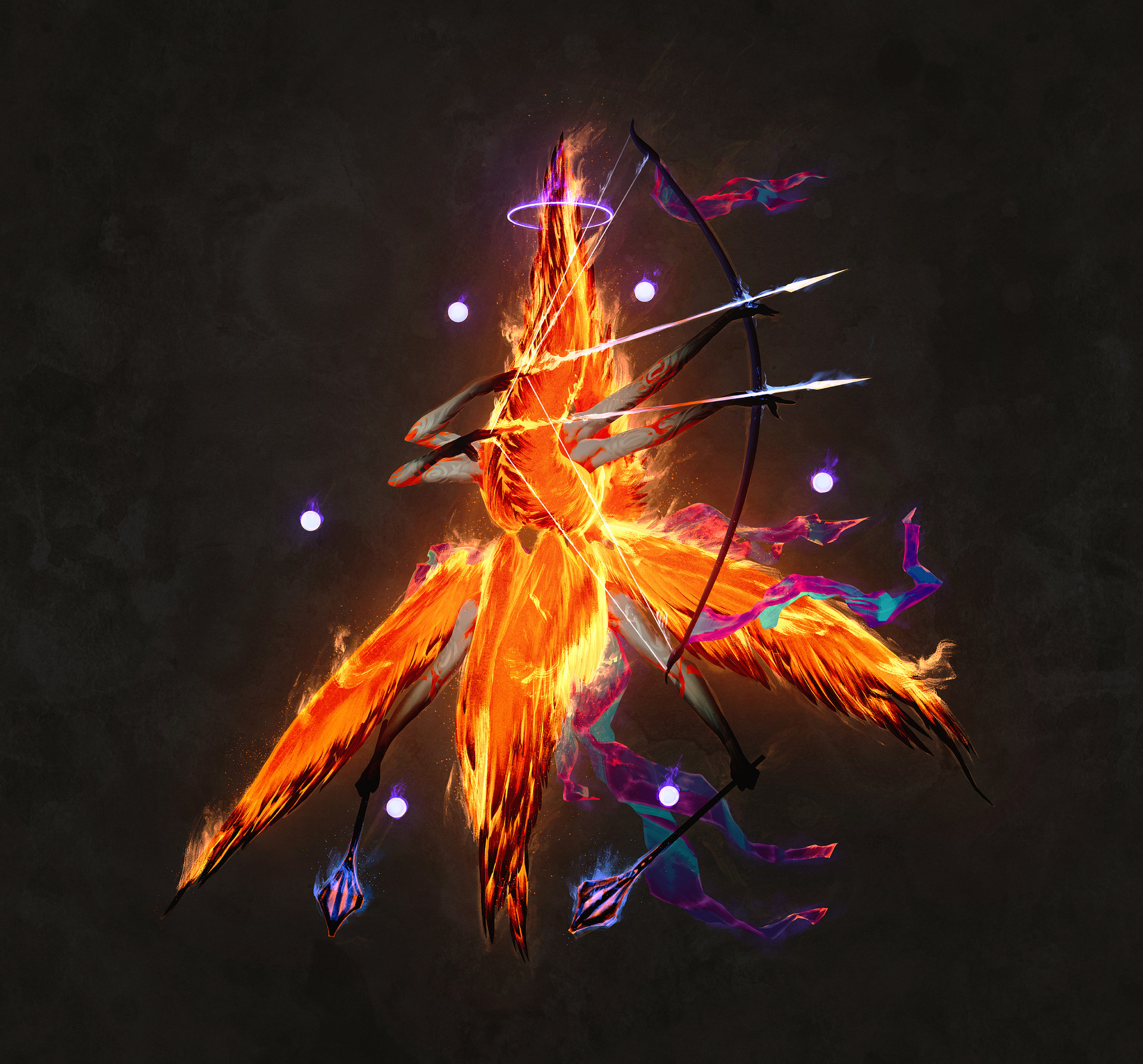