Having reunited Moog with her husband, Hruk, we bid the two Hill Giants goodbye (much to the party’s relief) and made haste to the Sacred Stone Monastery to make the ceremonial entombment of Samular Caradoon alongside his brothers. There was some discussion about what to do about Lady Allison (who was still waiting for our return in Beliard) but ultimately we couldn’t spare the time delay to return to Beliard and made the decision to go immediately to the Sacred Stone Monastery. Luckily, with our hippogriff mounts, we were able to cover the vast distance easily from the air, and the lack of any complications from hostile forces, we were able to make the trip with a day to spare. The only incident of note on our journey was the sighting of a massive castle sitting on a bank of clouds. I have never seen such a sight, and had no idea such things existed, but we were unable to investigate it further as it was traveling the direction opposite of ours and time was of the essence. 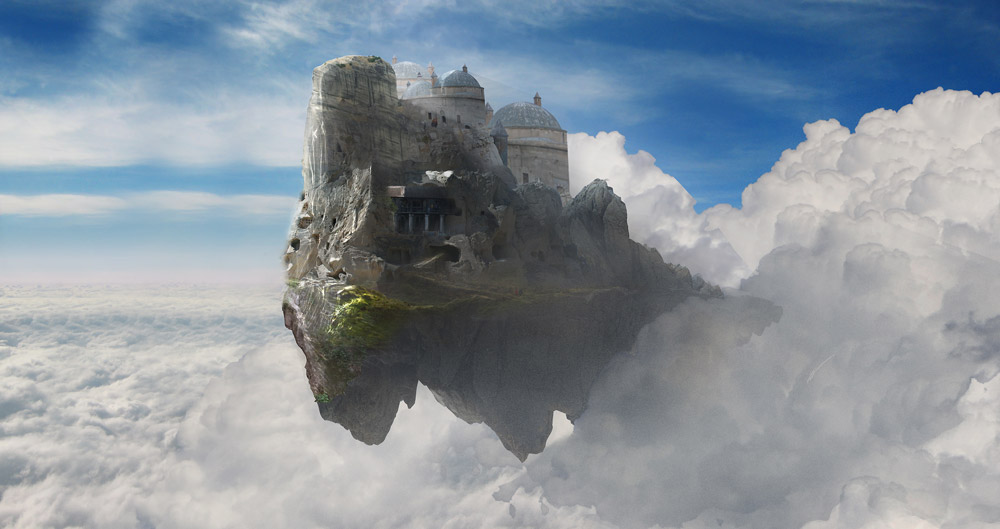 Upon arrival at the Sacred Stone Monastery we found it firmly secure in the hands of the Knights of Samular. Lady Stormbanner met with us personally and reported that it appeared that the Lich Renwick had fulfilled its end of the bargain and cleared the top two floors of the Monastery. Lady Stormbanner has posted guards on the entrance to the lower levels of the Underdark as a precaution. Preparations were underway for Samular’s entombment and I was requested to emcee the ceremony and work with the Knights to create a ceremony that would honor the traditions of the Knights and the tenets of Gorm, which I happily agreed to.

When the day of the ceremony came I was filled with much joy. This was a momentous occasion. A significant display of my success in the work I had set out to do. Being the first of my people in a very long time to leave the Underdark and go to the surface world, looking to bring as many as I could to the light of Gorm, was an ambitious endeavor. Here I was leading a historic funeral service for a Knightly order that had recently pledged themselves to Gorm’s service. I looked back at the great deeds me and my companions had accomplished. I know that my work was being noticed and word was spreading. I know that Gorm has taken notice and approves by the blessings he has sent me. I feel my power growing everyday and have complete faith in my success in the task I have set out to do.