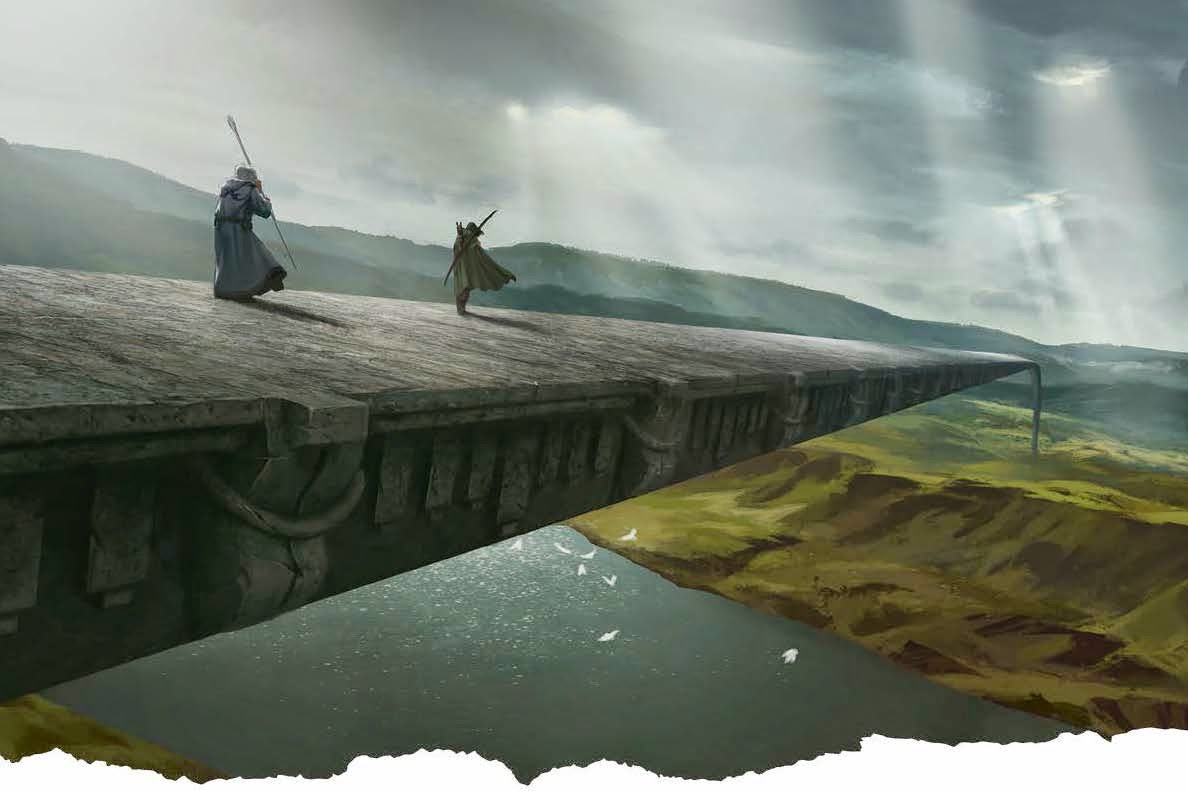 After Renwick returned us via teleportation majicks to Beliard so we may report to the authorities the location of the Hill Giant fortress known as Grudd Haug, as well as to inform Lady Allison of our welfare, there was much discussion amongst the group about what to do next. The still missing Delegation members and the nefarious activities of the elemental cults in the Dessarin Valley were still a concern, but the recent reports Giant-kin rampaging through the countryside without cause and causing much death and destruction also garnered much consideration. The bounty on Giants being offered by this “Lords Alliance” when taken into account with the honorable interest in stopping this deadly behavior certainly made investigation of this phenomena an appealing prospect, but in the end we elected to continue our quest of finding the missing Delegation members and decided to return to the Sacred Stone Monastery to explore its subterranean levels.

Unfortunately we were far from our destination, perhaps four or five days of travel by foot. The rest of my companions had mounts and so I elected to purchase one of my own, deciding on a warhorse I named Arion. This being my first steed (since such things are not commonly used in Cynidicea), I believed that a warhorse would be fitting for a battle Cleric of Gorm.

Our first day of travel took us to the ancient Stone Bridge of the no longer existing Dwarven kingdom of Besilmer. This is my second time traversing this two-mile long marvel of Dwarven engineering that spans the Dessarin River and I was just as in awe of the sight as I was when I first saw it. It was near the mid-way point of this fifteen-foot wide construction that we crossed paths with a Giant accompanied by two Hell Hounds. This Giant was much larger and possessed better martial skill than the Hill Giants we had fought previously. It was accompanied by the smell of a forge fire and it immediately charged our party, Tobias intercepting it while the rest of us rushed to his aid. The battle that transpired was challenging and there were a couple of close moments when Aszh and Tobias were nearly thrown off the Bridge, a fall they would have surely killed them. Aszh tells me that the various Giant races differ in power, with Hill Giants ranking on the lower end of the spectrum. This Giant, whichever kind it was, was certainly no Hill Giant and it gives me pause that there might be Giant types more powerful than it.