Despite the ambush in the night by the pack of hell hounds we were able to recover enough to go forward with our plan to conduct yet another assault on the monastery. I must admit that I have some apprehension about breaching the monastery’s confines yet again. The monks know we’re here and will be ready. Only Brunldenthar’s worry about his comrades in the lower levels keeps me on this course but Aszh and I suspect that the enemies are replacing their losses from the lower levels and only Gorm knows how many their ranks hold.

Their leader, the eyeless masked monk, was able to escape our last encounter and Allegro suspects that she may be found in the north western section of the monastery. We decided to enter the monastery on that side, using the same door that Brunldenthar used to escape; the now rotting body of Brunldenthar’s fellow prisoner still laid on the ground where the monks had struck him down seconds from freedom.

Our approach was anything but stealthy, heavy weapons and armor saw to that, and Dovak lead the blitz inside. Ahead, Allegro’s Mage Hand picked the lock on the door. As we suspected the monks were ready for us and Dovak was attacked the second he entered the door. Led by the eyeless monk, the monks put up a fierce resistance. I have never seen someone move so fast, and to use nothing but punches and kicks to inflict damage was a sight to see- too bad my comrades and I were on the receiving end of that combat prowess.

We were able to dispatch all our foes, with the exception of the eyeless monk, who fled through a door. We gave chase but did not know where she had gone in the maze of corridors and doors beyond. Electing to proceed with caution, we continued through the monastery, clearing the area room by room. We still had much of the monastery to search when we arrived at the main entrance, and it was here that we found the monks had been reinforced by Minotaurs. These bull-headed creatures were formidable warriors and a deadly melee ensued. 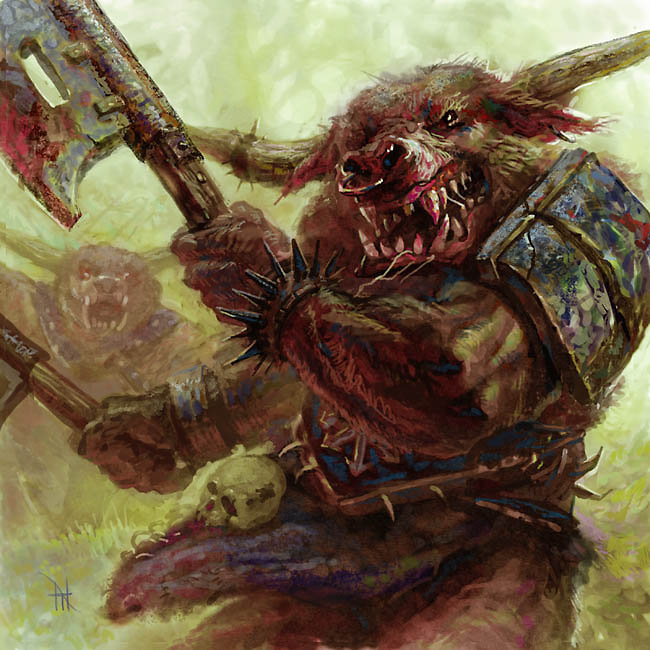 Again we vanquished our foes but were too wounded to continue our search of the monastery; if there were further Minotaurs about we would be hard pressed to survive that confrontation. Wounded, we departed the monastery to head back to our campsite to recuperate. There we found Lady Savra waiting for us.

The young noble seemed distraught and told us of her recently discovered suspicions that some of the members of the Feathergale Society, including Commander Thurrl, were part of an inner circle conducting nefarious activities. She recalled our description of the mysterious dark-clad vulture-riders that attacked us and secretly observed similar persons going to the Feathergale Spire. 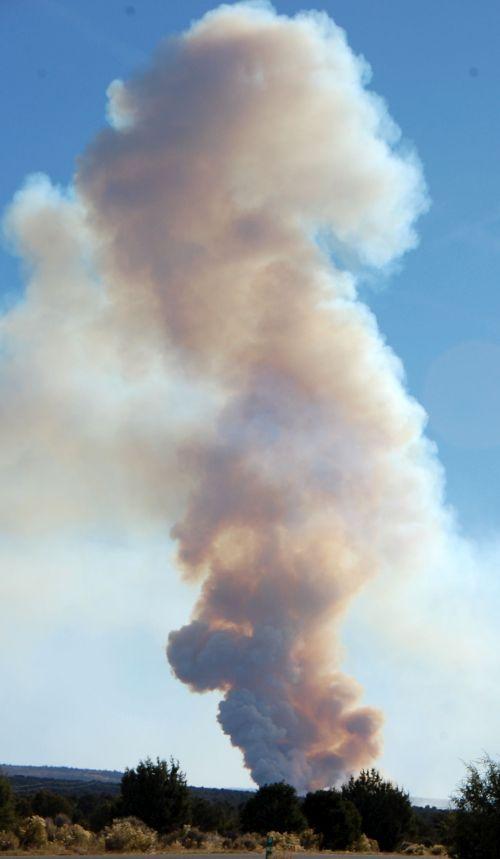 During our discussion, we noted a plume of smoke rising into the sky in the Sumber Hills not too far from our position. When we asked Savra about this she told us that a gathering of Druids was taking place at the ruins of an old abbey. A Druid circle called the Circle of the Scarlet Moon claims to know a magical rite that will stabilize the chaotic weather patterns in the Valley. Druids from afar were going to the ruins to witness this powerful rite.

Aszh told us that he had a bad feeling about this Rite, and urged us to investigate this situation. After a brief discussion, we decided to proceed to the abbey ruins to investigate this Rite, telling Lady Savra to go back to the Spire and wait for our return. Brunldenthar was disappointed in our decision due to the worry about his missing comrades but seemed to understand the difficulty we were having in fully breeching the number of enemies in the monastery.

On the way we came across a pair of Hill Giants. I have never seen such tall humanoids before, though I have heard rumors of giant-sized humanoids in the subterranean, but thankfully the confines of most areas keep these creatures from the populace. The brutal creatures tried to make a meal of us but we didn’t obliged their offer. They won’t be bothering anyone again.