After several uneventful hours of monitoring the quarry at Mellikho Stoneworks for the strange stone masked figures being reported there, we decided to head outside of town to meet with Suruki. Wary of possible treachery, Allegro split off from the rest of the group and followed out of sight. 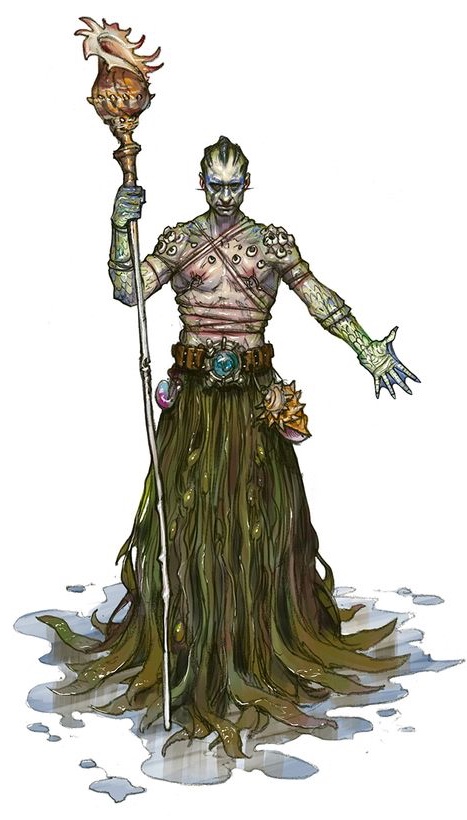 We found Suruki at the designated spot, standing under a small copse of trees. He was accompanied by several companions, two of which were doing a terrible job of trying to conceal themselves in the nearby bushes. As we approached Suruki, strangely I could smell the aroma of the ocean seemingly coming from the water Druid and his companions, who were attired similar to the pirates that attacked us when I first arrived at Red Larch, when Takashi and Lester were still in company. Suruki and his companions took no aggressive actions toward us, their demeanor appeared cautious but friendly. After exchanging greetings and thanking us for answering his summons, Suruki told us a wealth of information regarding a secret war taking place in the Dessarin Valley and his affiliation. His information shed light on much that my companions and I had deduced and I think that it will benefit our decisions regarding future actions.

Suruki explained that for the past year the Dessarin Valley has been a war zone for four competing elemental cults- Fire, Earth, Water and Air. Each cult is trying to gain dominance over the others for control of the Valley. The activities of the cults have caused the strange weather and environmental phenomena that have affected the Valley and have contributed to the disappearances of the Valley’s denizens. While each cult is ultimately working toward their own self-interests, they have made allies with other cults to further their goals and to strengthen their position against opposing cults; Suruki expressed that he was a member of the water cult and that they have an alliance with the earth cult, together they oppose the air and fire cults. Suruki stressed to us that each cult is made of individuals that believe in their cause, though the methods of some of their members may not be as honorable as others. He told us that in contrast to the other cults, the water cult is mainly motivated by greed. He admitted that members of his cult extort boat captains and residents that live by and ply the Dessarin River, but that some of these proceeds are indeed put to fund the protection of the waterways and surrounding areas. Suruki admitted that this was not an honorable activity, and again stressed that this type of activity was not shared by all of the water cult members, but in comparison to the activities of the other cults (who were involved in murder and kidnapping) the water cult was the least dangerous to the residents of the Valley.

Suruki explained that the war between the cults has reached a stalemate and that he has sought us out, hoping to recruit us to support his cult’s efforts. He believed, because of his experience fighting alongside us against Dryflagon and the stories he has heard of our exploits, that we would be interested in joining forces against the other cults. He explained that should an alliance be made, the water cult could provide assistance, such as monetary compensation and transportation on the Dessarin River, though the final terms of the alliance would have to be negotiated by his superior, an individual named Jolliver Grimjaw.

My companions and I discussed Suruki’s proposal. Both Aszh and I felt that Suruki might be holding back in his description of his cult’s nefarious activities. We put it to a vote and came at an impasse because while Allergo, Biggle and Enna did not see a problem with joining in an alliance to fight the air cult (an endeavor that we planned on doing with or without an alliance) and reaping some extra resources, Aszh, Dovak and I did not approve of working with an organization that infringed on the welfare of others for greed, even if some of that income was potentially going to a noble cause (protecting the waterways).

In the end, we told Suruki that we could not yet provide him with an answer, and that we would need some time to consider his offer. He understood and bid us farewell, telling us that he could be reached via a message to Gilheeda, a serving maid in Red larch at the Swinging Sword Inn.

Armed with more knowledge about the activities going on in the Dessarin Valley, we decided to continue with our plan of traveling to the Vale of Dancing Waters in the hopes of resurrecting Lady Savra so that we may confront the leadership of the Feathergale Society, bolstered by her presence…