With their victory in the Well of Demons, Magnara, Takashi, Lester, Gwen, Gibbet, and Valyrian finally get a moment of respite. They realize that there are still several tasks they believe of import, foremost amongst them obtaining information about the identify of Lester and Takashi’s father from the oracle known as the Witch’s Hour Sage. After a long, well-deserved rest, the party patronizes several businesses in the Seven-Pillared Hall, including Gendar’s, to resupply and sell some of their loot. There is also a discussion, that takes place without Lester’s knowledge, regarding a plan to strike back at the Duegar in the Seven-Pillared Hall without attracting the wrath of the Mages of Sarunn; Valyrian makes a discreet inquiry to Gendar about Duegar shipments to their Trading Post in the Seven-Pillared Hall and is promised potential information later.

With seeking out the location of the Witch’s Hour Sage being most-likely their next course of action, the group seeks out Surina in the hopes to patch up their relations (following their previous interaction where they refused to take aggressive action against the Duegar in the Seven-Pillared Hall) and learn the secret location of the Witch’s Hour Sage. Magnara, buys some exotic perfume from Gendar’s as a gift for Surina, hoping it will help them (him) get back into the Dragonborn warlock’s good graces.

Upon arriving at Surina’s temple to Erathis Magnara and her have a private discussion, after which Surina appears happy (likely influence by the party informing her that they plan to strike out at the Duegar, and perhaps Magnara’s gift as well). She tells the party where to find the door leading to the Witch’s Hour Sage, a six-hour trek deeper in the under dark by way of the Deep Stair halfway to the ancient Minotaur burial crypts for their nobility, known as the Houses of Silence. The door to the Witch’s Hour Sage will appear at an appointed hour in an appointed location for ten-minutes before disappearing and returning at another time to be determined by divination. Luckily for the party, the door’s next appearance will occur at midnight the following day. Bolstered by having chosen a course of direction, and happy at the prospect of acquiring information about Lester and a Takashi’s father, the group takes another day to relax, Magnara spends some time with Surina, while Gibbet treats the rest of the party to a night of hearty food and drink.

Heading out the following afternoon, Takashi leads the party (augmented by magical darkvision, his skills as a Ranger of the under dark and Surina’s map) to their destination. The trip is uneventful except for a brief skirmish against a band of Troglodytes accompanied by a Troll that the party easily dispatches.

Following a short rest to make last minute preparations, the door to the Witch’s Hour Sage appears exactly at midnight, like Surina said it would. There is unnatural quality in the air as the party steps through the archway into blackness… 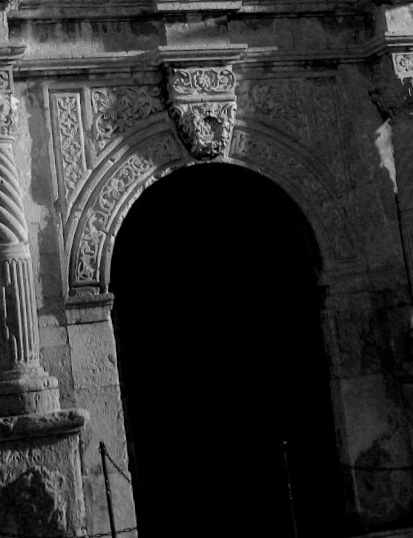