After more rest and recuperation after yet another bout with the undead wraith, Az’Al’Bani, Surina, Takashi, Magnara and Lester again head toward the cisterns. Enroute they encounter the wraith yet again but this time things seem different. Az’Al’Bani offers a temporary truce to join in an alliance to further both group’s goals.

He explains that he has the key to an ancient Minotaur site called the Court of Bones, which is hidden in the cisterns. In return for his assistance in clearing out the spider infestation in the cisterns, the party will assist him in locating the door to the Court and help him retrieve a crystal that lies inside. Az’Al’Bani explains that this is an ideal situation for the others- he will leave this place once he has this crystal, his foul presence will no longer be an issue, and Erathis’ will will be done. Surina agrees and the others reluctantly agree as well, wary of the wraith’s true intentions. 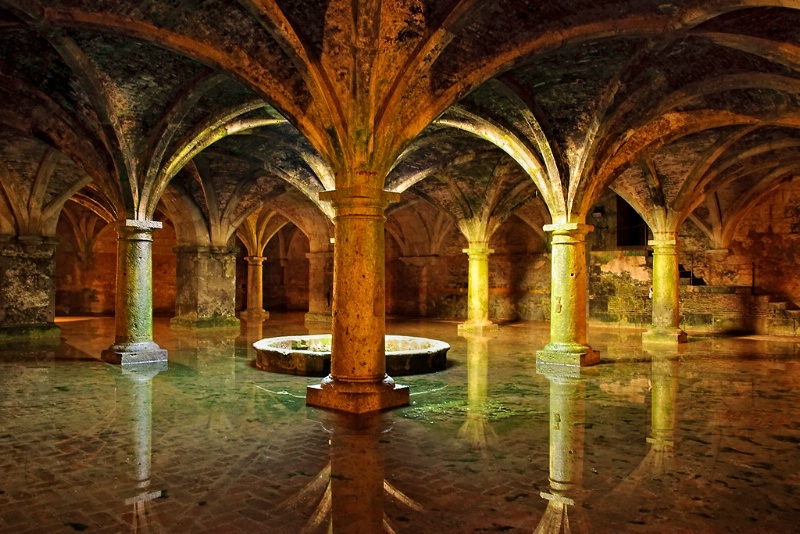 Az’Al’Bani appears true to his word and he helps the party rid the cisterns of the phase spiders. His ability to surprise the spiders as he emerges from the stone walls and suck the life from them is a great benefit in the battles. The party makes good progress and seem to fare better than in their previous attempts. Even in their toughest battle in what appears to be the heart of the spider infestation, in which Surina and Lester go down (paralyzed by poison), seems only slightly more difficult than the previous ones. With their bags full of scavenged treasure found on the web strewn floor of the spiders’ lair, the party heads toward the final area of the cisterns and it is here that disaster strikes.

Walking into the lair of two basilisks, Magnara and Lester are barely able to fight off the effects of the creatures’ petrifying gaze. Unfortunately, Takashi is not so lucky and in the process of notching an arrow he is turned to stone. The rest of the party is able to vanquish the beasts but lack the magic to revert their friend back to normal. With his alchemy background, Lester salvages some of the fluids from the basilisks’ gullet in the hopes of later creating a potion to save his half-brother. 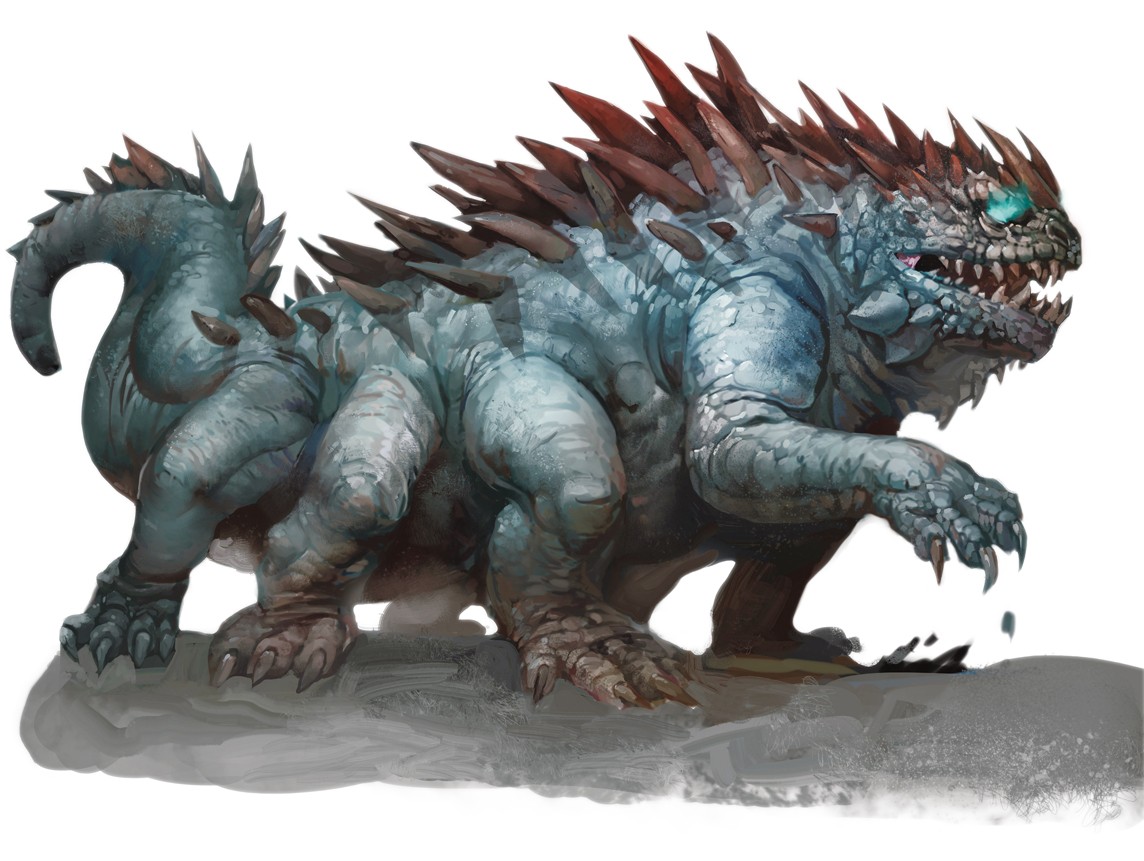 Coincidently, Az’Al’Bani can sense the door to the Court of Bones is near and leaving Takashi behind with the intention of returning for him later, the party finds it after searching a nearby tunnel. Using his key, Az’Al’Bani opens the ancient lock and the portal opens to a bone-filled tomb with the depiction of a large bull skull embossed on the floor, bone-covered pillars and two mummified Minotaur skeletons sitting in thrones on a raised platform, one of which is clutching a large crystal.

Az’Al’Bani makes for the crystal and snatches it from the grasp of the Minotaur mummy. With this act the tomb comes alive with an ill-wind and the rising of two Minotaur skeletons from the piles of bones, as well as ghastly spectral figures. Some of the undead flee after their initial assault when Magnara calls upon the holy power of Bahamut but what follows is a challenging battle that gets even harder when Az’Al’Bani’s opponents are vanquished and he flees from the Court with the crystal, leaving the rest of the party to fend for themselves. 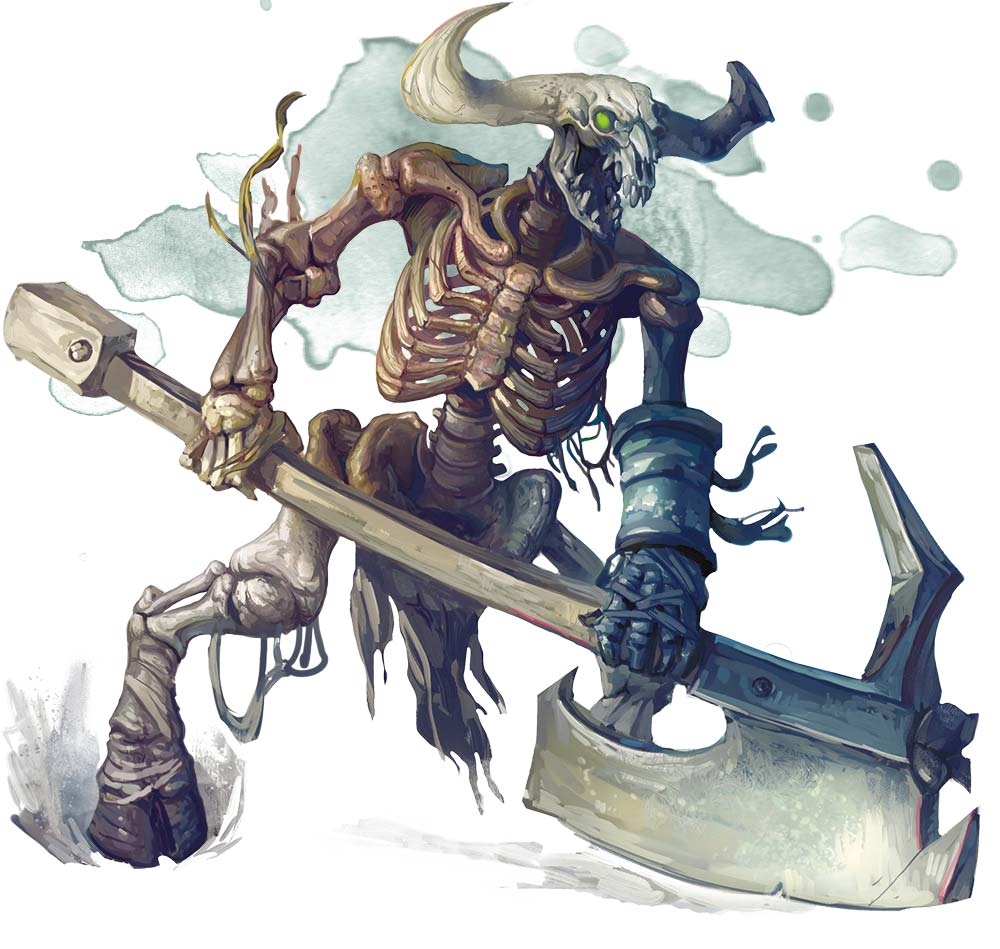 Desperate to survive, it takes Magnara, Lester and Surina‘s remaining magic and might to destroy their foes. Battered and exhausted, but alive and victorious, they search the Court and are somewhat rewarded from the ordeal when they find a hidden compartment in one of the thrones that contains some gold and a spell book. Now they must find a way to cure Takashi.